The Chancellor of the Exchequer presented the 2021 Budget on Wednesday, March 3, where the Government’s plans for taxation, benefits, spending and forecasts for the economy were set out. The Herald held a post Budget Briefing online on the morning of March 4 to give insight and analysis into the budget.

The Chancellor of the Exchequer will present the 2021 Budget on Wednesday, March 3, where the Government’s plans for taxation, benefits, spending and forecasts for the economy will be set out. The Herald will hold a post Budget Briefing online to give insight and analysis into the budget.

Azets is an SME focused, accounting, tax, audit, advisory and business services group. With 9 offices, and over 500 staff and Partners across Scotland we are also the UK’s largest regional accountancy and business advisor to SMEs and a top 10 accountancy business in the UK.

Across our network of 160 offices and more than 6,500 staff and partners we support more than 120,000 clients across the UK and Europe. Clients include SMEs, large scale businesses, public sector and private clients across a number of key industry sectors including; healthcare, rural, hotel and leisure, brewing and distilling and manufacturing.

The Azets client experience is based on delivering a highly personalised service, through its local office network of advisors and utilising cloud based technology through our bespoke client portal, “CoZone”, providing our clients with instant access to real time information about their business and a more advisory-rich accounting service. 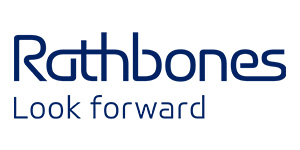 Rathbones provides individual investment and wealth management services for private clients, charities, trustees and professional partners. Our tradition of investing and acting responsibly has been with us from the beginning and continues to lead us forward. We see it as our responsibility to invest for everyone’s tomorrow. That means doing the right thing for our clients and for others too.

Turcan Connell is one of the UK’s premier private client firms with offices in Edinburgh, Glasgow and London. It commands a unique position in UK professional services by providing clients with an integrated range of legal services alongside a complete set of tax services. The Firm’s success is due to its continued focus on meeting the needs of individuals, families, charities, entrepreneurs and family businesses.

Raise your profile by sponsoring our business briefing

If you would like more information on the opportunities available and the 2021 event please contact Kirsty Loughlin, Senior Events Manager. 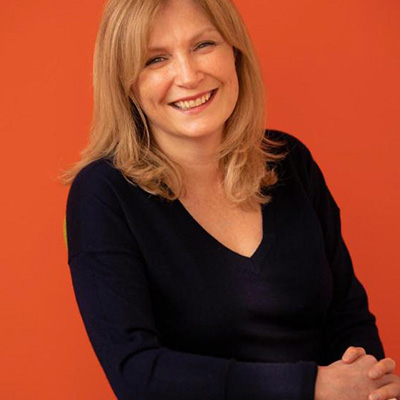 Tracy Black was appointed Scotland Director on 1 January 2018, having first joined the CBI as Deputy Regional Director for Scotland in April 2017. A recognised thought-leader within the Scottish business community, Tracy regularly appears on platforms alongside Scotland’s foremost political and business leaders and has a growing reputation as an essential economic commentator.

Alongside a varied and distinguished career in the financial services sector, where she worked with top tier global financial institutions like Goldman Sachs International and UBS AG, Tracy has experience of working with a range of SMEs and entrepreneurial start-ups, particularly spin-outs from the higher education sector.

Tracy has also provided advisory services to a range of start-ups and financial services companies and is currently co-owner of Carter Vintners Limited, a company producing high quality Australian wines.

In addition to professional roles, Tracy has been actively involved in leadership and mentoring programmes, in particular working with school children, prisoners and ex-offenders. She also sits on the Boards of Skills Development Scotland, The University of Strathclyde Enterprise & Investment Committee and Chairs the ScotRail Alliance Stakeholder Panel. 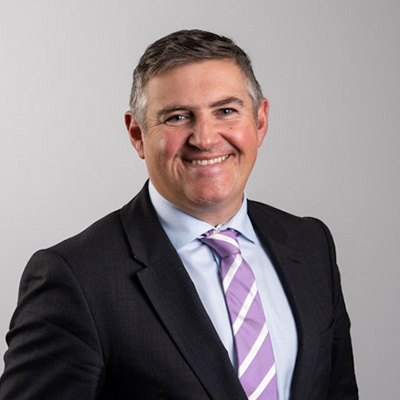 Donald Boyd is one of our Senior Partners and Audit Partners. He has considerable experience in large company audit, corporate finance and transactional work, business start up and planning and shareholder disputes. Donald looks after a portfolio of clients, providing not just accounting and tax advisory but commercial advice. He plays an important role in many of his clients’ businesses, to assist in their growth and wealth creation. After a spell in industry with General Electric, Donald puts this valuable commercial experience into advising his clients in the operational aspects of their business. 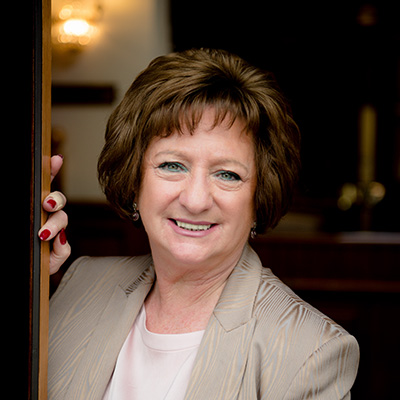 Liz is a pre-eminent business leader who works tirelessly to represent Scotland PLC on a national and international stage.

She brings to her efforts over 30 years’ experience of operating small businesses and a variety of executive and non-executive roles in a range of sectors, which makes her a highly credible force of influence across industry, government and media.

In addition to her role as Chief Executive of Scotland’s leading business organisation, which represents 30 Chambers of Commerce that comprise a membership of over 12,000 businesses, Liz represents their voice on important trade and employment policy bodies,  including the Scottish Government’s Enterprise & Skills Strategic Board, the UK Government’s Strategic Trade Advisory Group and the Home Office’s National Advisory Committee.

Liz’s expertise is widely acclaimed by her peers and industry. She was awarded an Honorary Doctorate from the University of the West of Scotland and an OBE for services to business. Liz has also been recognised as a Scottish Women of Influence by Business Insider, Scottish Woman of Inspiration by the Association of Scottish BusinessWomen and a Business Influencer in advancing UK-India Trade Relations by India Inc. 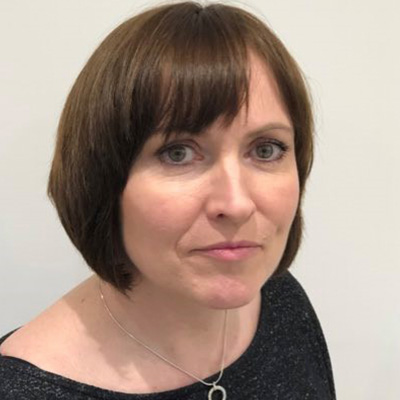 Roz Foyer is the STUC’s General Secretary. She comes to the role with twenty-five years’ experience in the trade union movement. Roz began as a workplace activist in the Benefits Agency. After leading a successful campaign against support services privatisation, she was recruited by the printer workers union as a trainee organiser, before gaining prominence in the Scottish movement as an Assistant Secretary at the STUC. She went on to become a National Officer with the Transport and General Workers Union, later moving into Unite’s National Organising Department. She excelled as a strategist who delivered a series of successful membership campaigns.  Her role as General Secretary of the STUC involves representing over half a million trade unionists in Scotland, co-ordinating, developing and articulating the views and policies of the trade union movement. 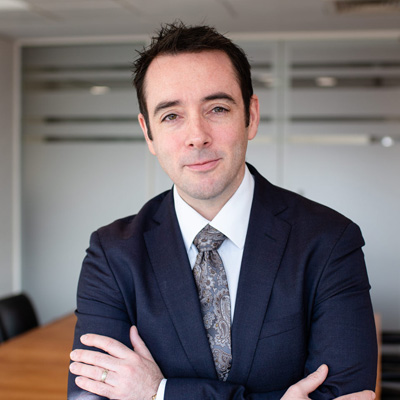 Pete Murrin is a Tax and Succession Partner based in Turcan Connell’s Glasgow office. He advises clients on estate and succession planning, the formation and administration of trusts, taxation of trusts and estates, family businesses relative to personal and commercial succession, the preparation of Wills, adults with incapacity, and international inheritance and succession matters for high-net-worth clients. He has particular expertise in dealing with contentious trust, estate (testate and intestate) and pension death benefits matters for individual and business clients. 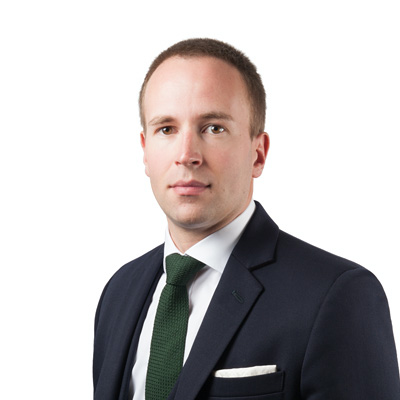 Edward is Head of Asset Allocation Research at Rathbones and supports its investment process with proprietary macro-based, multi-asset research. He is a member of the Strategic Asset Allocation Committee, Sector Selection Committee, and a founding member of the Responsible Investment Committee. Edward presents frequently to clients on the economic and financial market outlook, and comments on economic developments in the press. He is a regular guest on Bloomberg TV and Sky News.

He joined Rathbones in 2014 from Canaccord Genuity Wealth Management, where he was global strategist and co-lead manager of their Risk Enhanced Multi-Asset Portfolio service. He began his career at Blackrock.

Edward is a Chartered Financial Analyst, and has served on the continuing education committee of CFA UK, for whom he has also helped write position papers, most recently on the future of corporate financial reporting. He is a published expert on risk management for high net worth individuals, and is a member of the Society of Professional Economists. He has an MA from the University of Oxford and an MSc with distinction in Economic History from the London School of Economics and Political Science (LSE). 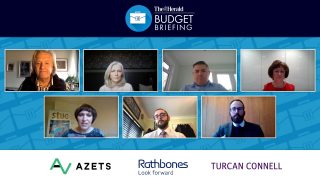 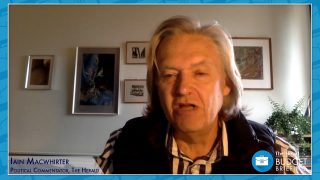 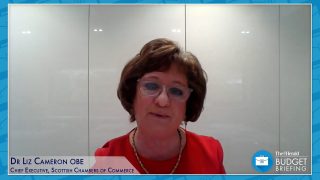 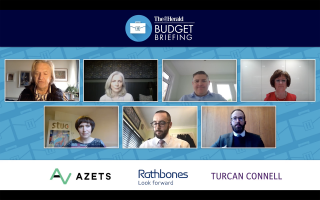 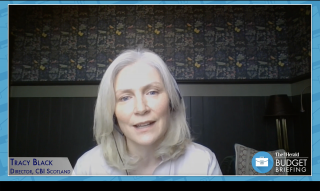 Rathbones – InvestmentUpdate Budget 2021: A lot of give and take

22nd March 2021
More stimulus spending now, with the largest tax hike in decades to follow. The Chancellor has given the economy a much-needed, but nevertheless generous, fiscal boost this…
Read More

5th March 2021
WITH this week’s forecast by the Office for Budget Responsibility (OBR) of a much faster return to pre-pandemic levels of output than previously suggested, the backdrop was…
Read More

Will Sunak delay tax hikes and back people and firms in Budget?

2nd March 2021
The Chancellor Rishi Sunak is preparing to deliver his Budget on March 3 in the face of heightened scrutiny and commentary. The background, informed by the global…
Read More
Load More

If you have any questions or need more information on the breakfast, please contact Kirsty Loughlin, Senior Events Manager, on 0141 302 6016 or kirsty.loughlin@newsquest.co.uk. 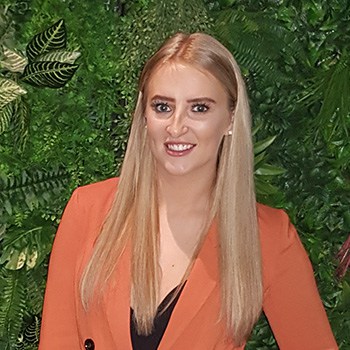