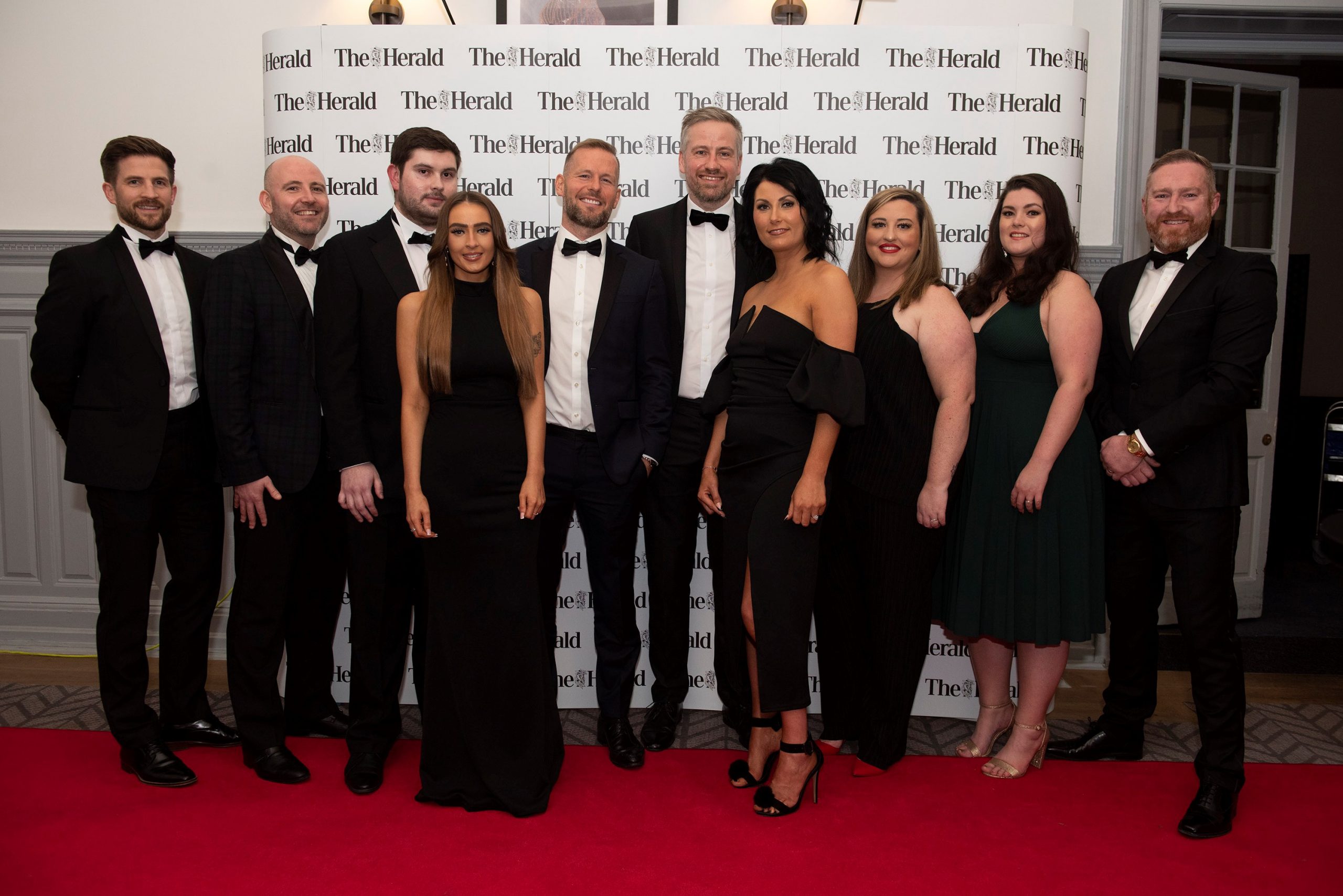 The winners of The Herald Law Awards of Scotland 2021 have finally been announced and the results are a Who’s Who of the cream of Scotland’s legal talent.

The results were revealed last week on The Herald’s facebook page and last night all of this year’s winners came together at a Winners Dinner which took place at the voco Grand Central hotel in Glasgow.

Amongst those picking up their awards was Stuart Munro, Managing Director of Livingstone Brown, and the Head of the Criminal Litigation & Inquiries Practice Area Unit, who has been named Solicitor of the Year, a category that is sponsored by the Law Society of Scotland.

In a hugely competitive field Stuart impressed the judges with his inspirational leadership, innovative approach to technology and his masterful handling of cases involving public figures as well as his work in complex adoption cases.

This year’s Law Awards of Scotland attracted a huge number of entries and it took intensive deliberations from the distinguished panel of judges to draw up a short list and then to whittle this down still further in order to determine the outright winners.

Amongst those making the grade were Mike Dailly, a court practitioner with over twenty-five years of experience in housing law and preventing homelessness in Scotland who acts exclusively for tenants and consumers.

His role as principal solicitor of the Govan Law Centre and his commitment to social justice earned him the Outstanding Contribution Award.

Meanwhile Ashurst LLP collected their trophy for the Innovation Award win, sponsored by the Law Society of Scotland, for its development of digital products and its policy of continuous development, which has seen it grow from a staff of seven in 2013 to its present headcount of 170 people working in Glasgow, London, Sydney, Melbourne and Brisbane.

Allan McDougall Solicitors received the ‘Litigation Team of the Year’ accolade, sponsored by Stirling Park, while Shepherd and Wedderburn were named ‘Transactions Team of the Year.’

In the ‘Manager of the Year’ category, Murray McCall of Anderson Strathern was named winner, while the ‘In House Team of the Year’ title went to Aberdeen City Council Legal Services.

In their second win of the evening, Anderson Strathern was named ‘Real Estate Team of the Year’, while the ‘Special Judges’ Award’ went to Gerard Sinclair who retired earlier this year as chief executive of the Scottish Criminal Cases Review Commission.

Ken Dalling, President of the Law Society of Scotland, said: “We were delighted to see such strong competition for the awards this year and all of the winners deserve hearty congratulations for their achievements. The awards are a great opportunity to celebrate the breadth of talent in the Scottish legal profession and for us to recognise the innovation that takes place to support improve the practice of law.”

Meena Bahanda, Head of Legal, Scotland IDEX Consulting, said: “It was lovely to attend The Herald Law Awards 2021 Winners Dinner.  At Idex, were are delighted to sponsor and support the awards this year – particularly as we have been working in unusual circumstances recently.  These awards are important as they highlight the diverse range of work that the legal sector undertakes, individually and collectively.  Congratulations to all the winners, there awards are truly deserved.”

And Ronnie Murison, Director of Sheriff Officer Services at Stirling Park said: “Congratulations to all the finalists and winners in this year’s awards ceremony. The event was a great success and allowed Scotland’s legal profession to recognise and reward the high achievers in their respective field for all their hard work and endeavour this year during challenging times.”