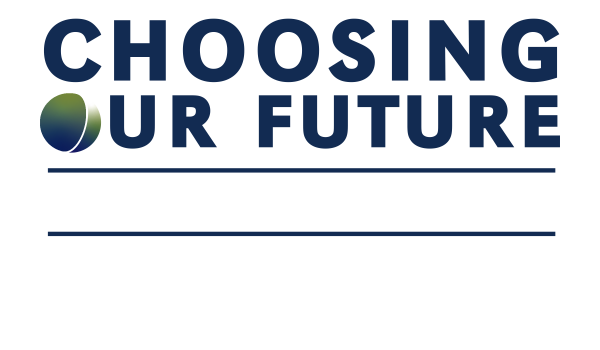 DEBATING CHALLENGES AND OPPORTUNITIES TO #MOVETHEDATE OF EARTH OVERSHOOT DAY

On 22nd August, the world marks Earth Overshoot Day – the day when humanity’s demand for ecological resources and services in a given year exceeds what Earth can regenerate in that period. Over 80 countries marked Earth Overshoot Day last year, with more set to join the global call for action. This year sees a 9.3% reduction of humanity’s Ecological Footprint and the date move more than three weeks later as a direct consequence of COVID-induced lockdowns around the world. But this sudden change is no long-term solution.

Now The Herald, in conjunction with the Scottish Environment Protection Agency (SEPA) and the California based Global Footprint Network, are teaming up with Scotland’s most progressive business leaders, thinkers and young people as part of its ‘Earth Overshoot Day’ campaign. Join Herald Editor-in-Chief, Donald Martin, to look at the challenges and opportunities to #MoveTheDate, ask your questions and explore real opportunities to accelerate practical action to lock in sustainable, inclusive growth before the world’s leaders arrive in Glasgow for the COP26 global climate summit in 2021. 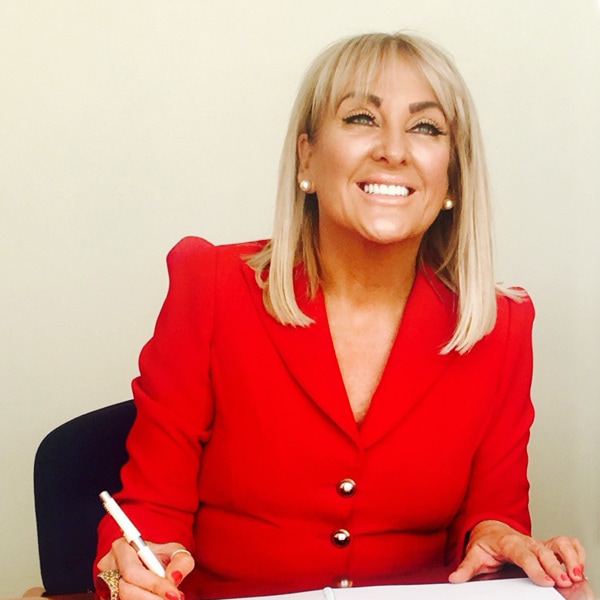 The HALO is working with communities across the UK to create a “Tomorrow’s World” with a net zero carbon footprint – for our children and for their children.

The HALO’s mixed-use developments, the first of which is currently under construction in Kilmarnock, East Ayrshire, will be powered and heated entirely by renewable energy, creating a place where people can Live, Work, Learn and Play.

In 2014, Marie was awarded a CBE in the Queen’s 2014 New Year’s Honours List for Services to Economic Regeneration and Entrepreneurship in Scotland and in 2018 she accepted an Honorary Degree from Glasgow Caledonian University making her a Doctor of Business Administration. 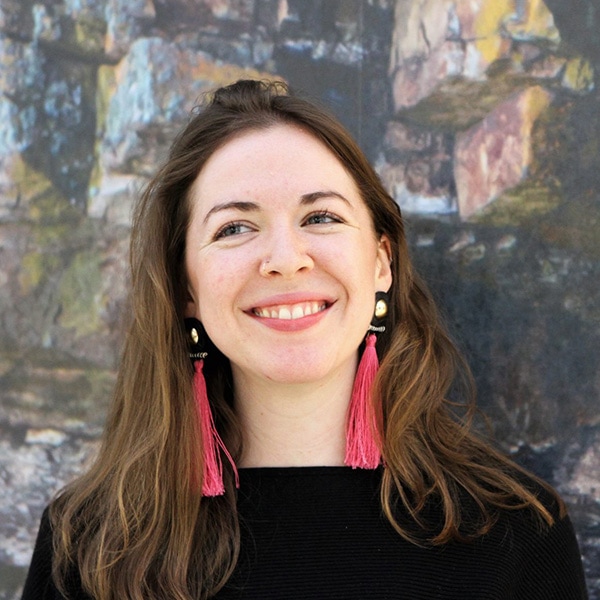 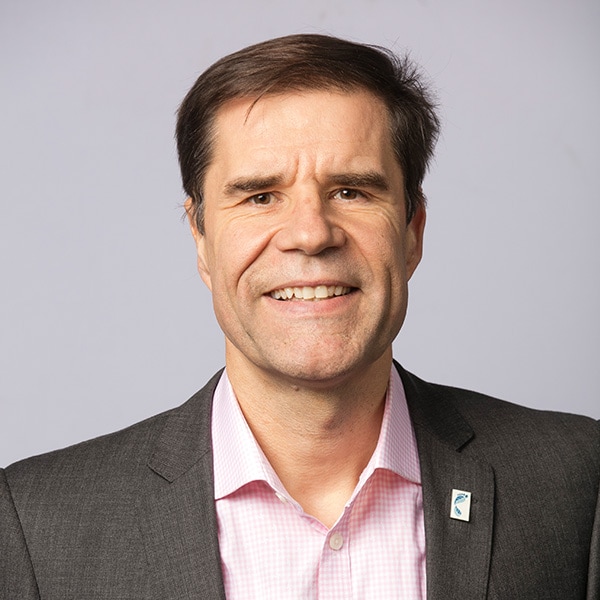 Mathis Wackernagel is co-creator of the Ecological Footprint and President of Global Footprint Network. He completed a Ph.D. in community and regional planning with Professor William Rees at the University of British Columbia, where his doctoral dissertation developed the Ecological Footprint concept. Mathis also earned a mechanical engineering degree from the Swiss Federal Institute of Technology.

Mathis has worked on sustainability with governments, corporations and international NGOs on six continents and has lectured at more than a hundred universities. He previously served as director of the Sustainability Program at Redefining Progress in Oakland, California, and ran the Centro de Estudios para la Sustentabilidad at Anáhuac University in Xalapa, Mexico. Mathis has authored and contributed to more than 50 peer-reviewed papers, numerous articles, reports and various books on sustainability that focus on embracing resource limits and developing metrics for sustainability, including Our Ecological Footprint: Reducing Human Impact on the Earth; Sharing Nature’s Interest; Der Footprint: Die Welt neu vermessen; Ecological Footprint: Managing Our Biocapacity Budget; and WWF International’s Living Planet Report.

Mathis’ awards include the 2018 World Sustainability Award, the 2015 IAIA Global Environment Award, being a 2014 ISSP Sustainability Hall of Fame Inductee, the 2013 Prix Nature Swisscanto, 2012 Blue Planet Prize, 2012 Binding Prize for Nature Conservation, the 2012 Kenneth E. Boulding Memorial Award of the International Society for Ecological Economics, the 2011 Zayed International Prize for the Environment (jointly awarded with UNEP), an honorary doctorate from the University of Berne in 2007, a 2007 Skoll Award for Social Entrepreneurship, 2006 WWF Award for Conservation Merit and 2005 Herman Daly Award of the U.S. Society for Ecological Economics. He was also selected as number 19 on the en(rich) list identifying the 100 top inspirational individuals whose contributions enrich paths to sustainable futures (www.enrichlist.org). John Elkington identified Mathis among the “Zeronaut 50” Roll of Honor, i.e., leading pioneers who are driving the world’s most significant problems to zero. From 2011 to 2015, Mathis was also the Frank H. T. Rhodes Class of 1956 Visiting Professor at Cornell University. 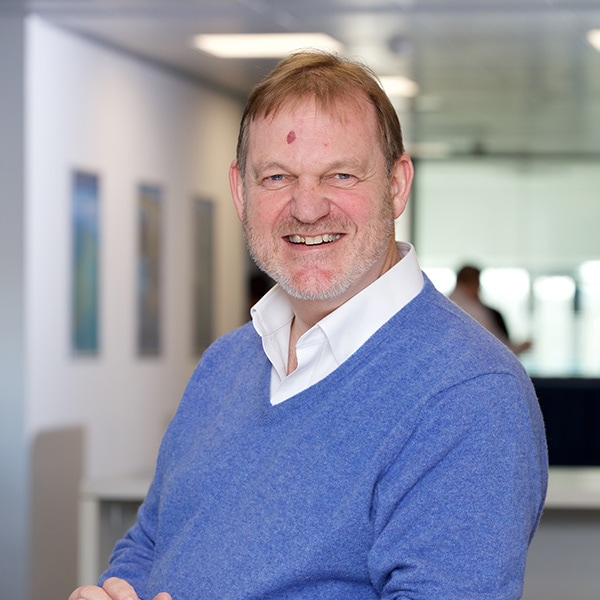 Terry has over twenty years’ experience in the environment profession, having held senior roles in Melbourne with the Environment Protection Authority in the Australian state of Victoria, in London with the global consulting firm WSP and, most recently, in Belfast as Chief Executive of the Northern Ireland Environment Agency before he joined SEPA. In all this work, Terry has strongly focussed on bringing environmental and economic aims together, supporting business and social innovation and getting tougher with the worst environmental performers. Terry is a Senior Associate at the Cambridge Programme for Sustainability Leadership, a member of the Advisory Board of the Global Footprint Network and a Fellow of the UK Institute of Directors. 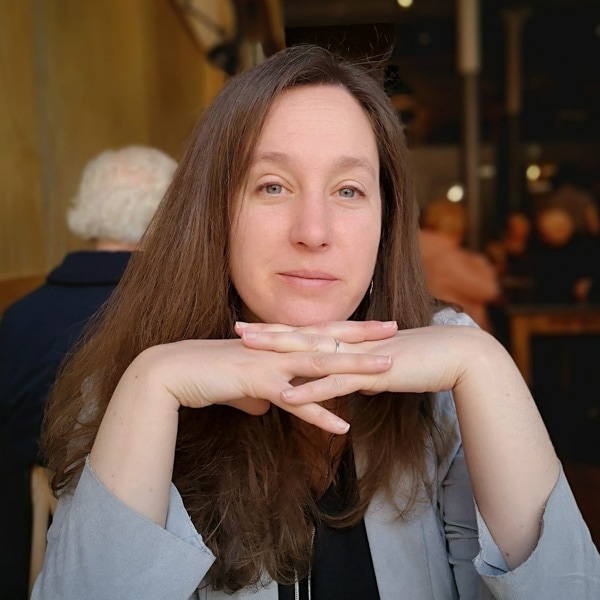 Professor Jaime L. Toney is a geoscientist with expertise in environmental and climate science. Her research focuses on understanding how climate, environmental and ecosystem changes in the past can inform us about the  changes we are experiencing today and what we might expect in the future. She recognises that both interdisciplinary and multi-sector approaches are needed at all levels to make a sustainable transition. She has co-founded and directs the Centre for Sustainable Solutions at the University of Glasgow, which aims to stimulate the dialogues necessary to make a collective impact toward a just and sustainable future. 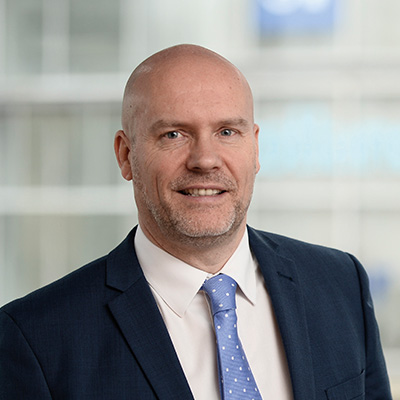 Donald is an award-winning Editor, with more than 30 years’ experience editing national, regional, Sunday, daily and weekly titles across the UK. He is currently Editor-in-Chief of Newsquest’s Scottish titles and Editor of The Herald and the Herald on Sunday.

Previously Head of Publishing for DC Thomson’s magazines including The People’s Friend, My Weekly, Scots Mag, Scottish Wedding Directory and No1 Magazine and Editor-in-Chief of DC Thomson Newspapers and Editor of The Sunday Post and Weekly News.

He won his first editorship at the age of 24, launching the Edinburgh and Lothians Post before going on to become Group Editor at Thames Valley Free Newspapers.

Donald is the Scottish media representative on the Editors’ Code of Practice  Committee of the Independent Press Standards Organisation and serves as a board member on the UK Society of Editors, the organisation representing the media industry. He previously served for many years on the National Council for Training of Journalists. 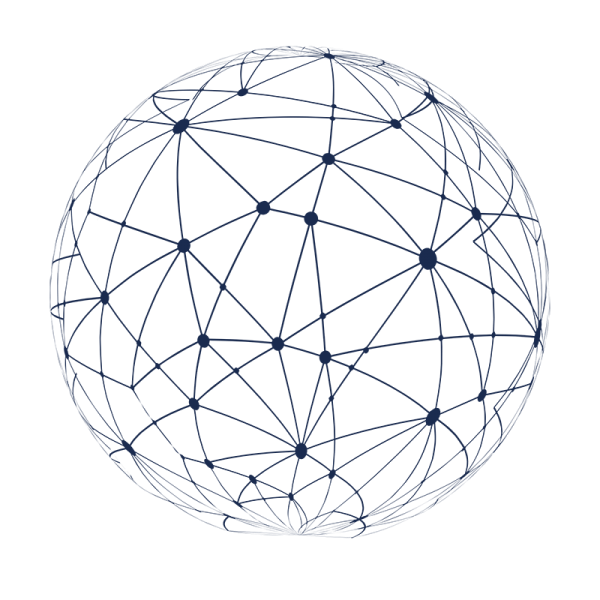 For any questions regarding the virtual event please visit our FAQs section below. 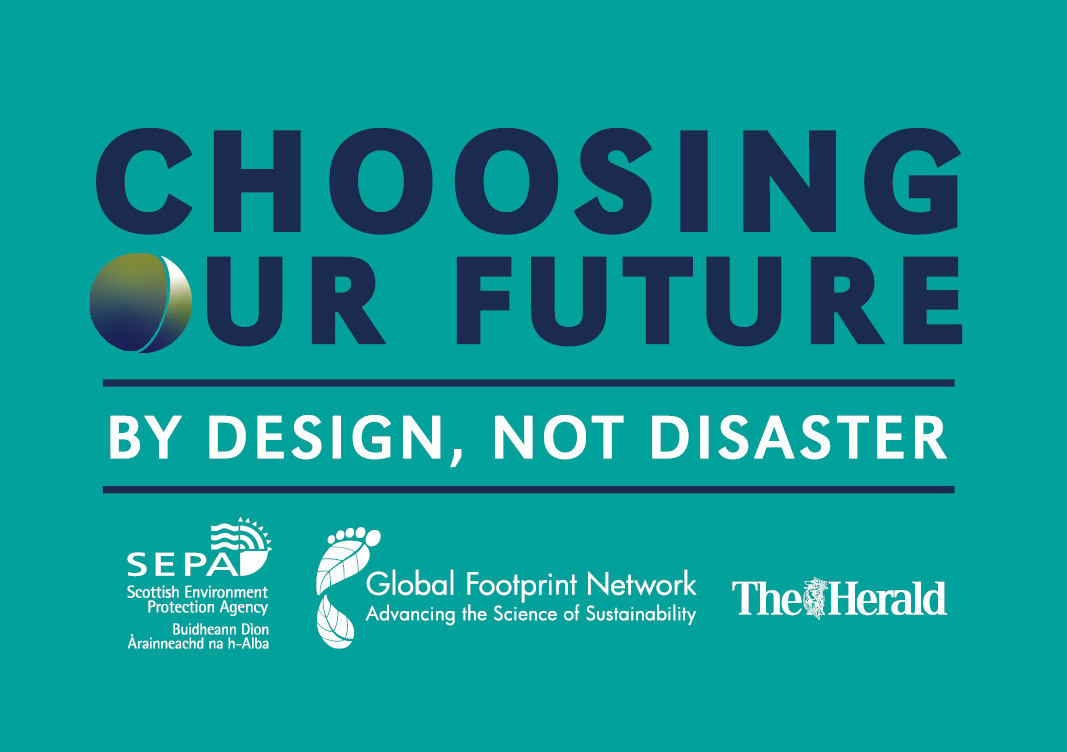 Every day SEPA works to protect and enhance Scotland’s environment, helping people and businesses thrive within the resources of our planet. We call this One Planet Prosperity.

SEPA is a non-departmental public body of the Scottish Government and is Scotland’s principal environmental regulator. Our role is to make sure that the environment and human health are protected, to ensure that Scotland’s natural resources and services are used as sustainably as possible and contribute to sustainable, inclusive economic growth.

With around 1300 people based across Scotland, from the Highlands and Islands to the Borders, we regulate and advise on a wide range of environmental activities.

Environmental compliance is non-negotiable. Every Scottish business will comply with the law, and we’ll work to ensure as many as possible will go even further. As an organisation with a strong science base, we constantly assess the quality of our environment by monitoring our air, land and water and use our findings to advise government, industry and the public on environmental best practice.
We work in partnership with other agencies, organisations and policy makers, to increase environmental understanding and build consensus on environmental priorities and issues. We are Scotland’s flood forecasting, flood warning and strategic flood risk management authority, work with the Scottish Government to deliver Scotland’s Zero Waste Plan, operate the Scottish aspect of the Radioactive Incident Monitoring Network and work with the Health and Safety Executive to control the risk of major accidents at industrial sites.

Global Footprint Network is an international sustainability organisation that is helping the world live within the Earth’s means and respond to climate change. Since 2003 they have engaged with more than 50 countries, 30 cities and 70 global partners to deliver scientific insights that have driven high-impact policy and investment decisions, creating a future where all of us can thrive within the limits of our one planet.

The Herald is Scotland’s quality leading broadsheet newspaper for over 235 years. We thrive to give you outstanding insight, analysis and opinion as well as brilliant investigative journalisms, great reads and the latest in sport, lifestyle, entertainment and fashion.

Enjoy your Herald seven days a week. Pick up your copy from your local retailer or you can take The Herald with you on the move with our fantastic online packages. 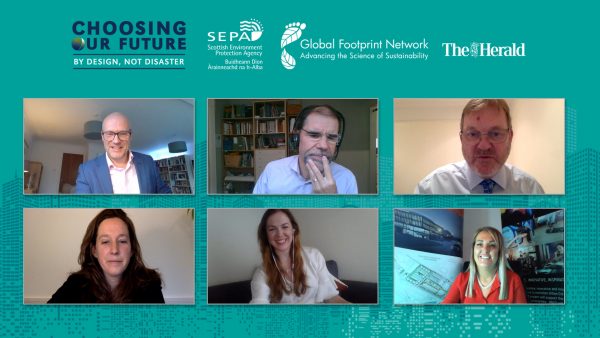 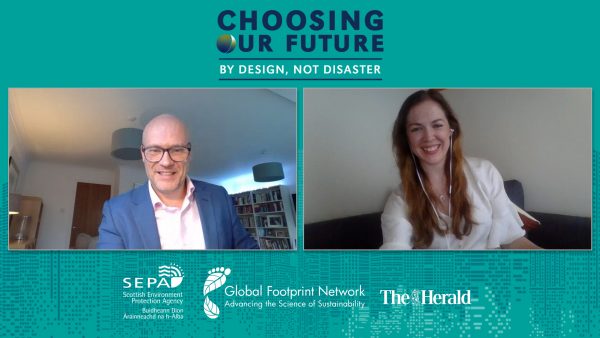 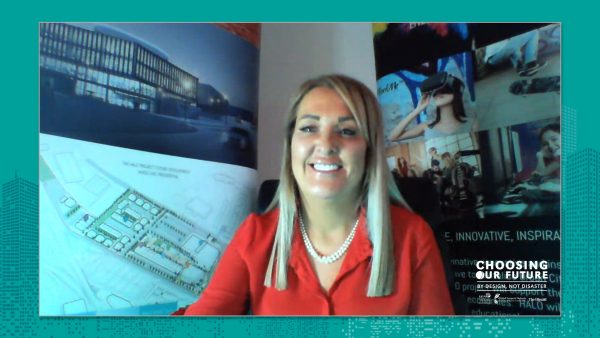 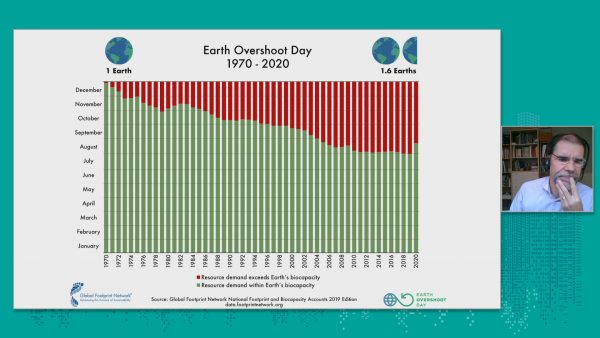 The Herald convenes panel of experts to debate sustainability challenge

5th August 2020
On August 22, the world will mark Earth Overshoot Day – the day when humanity’s demand for ecological resources and services in a given year exceeds what…
Read More

28th July 2020
ON August 22, the world marks Earth Overshoot Day – the day when humanity’s demand for ecological resources and services in a given year exceeds what planet…
Read More

23rd July 2020
IN many ways, humanity’s relationship with the planet is like a marriage. We need to exist in close harmony with each other and if we constantly try…
Read More 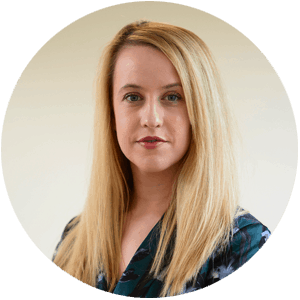