You don’t need to peer very far back in time to recognise that every crisis in history has been a catalyst for advancement and that struggles and difficulties are fertile ground for progress.

The current pandemic has been no different and it has brought about rapid change in the way many sectors conduct business.

That’s certainly true of the property industry, which could have been thrown into turmoil when the world shut down overnight, but which instead has found new and creative ways to reach out to buyers and to service its clients.

It has done this by turning to new ways of marketing and one of the companies which has been at the forefront of this innovation is Property Studios, sponsors of this year’s Herald Property Awards for Scotland, and a dynamic force in helping companies transform their communications. 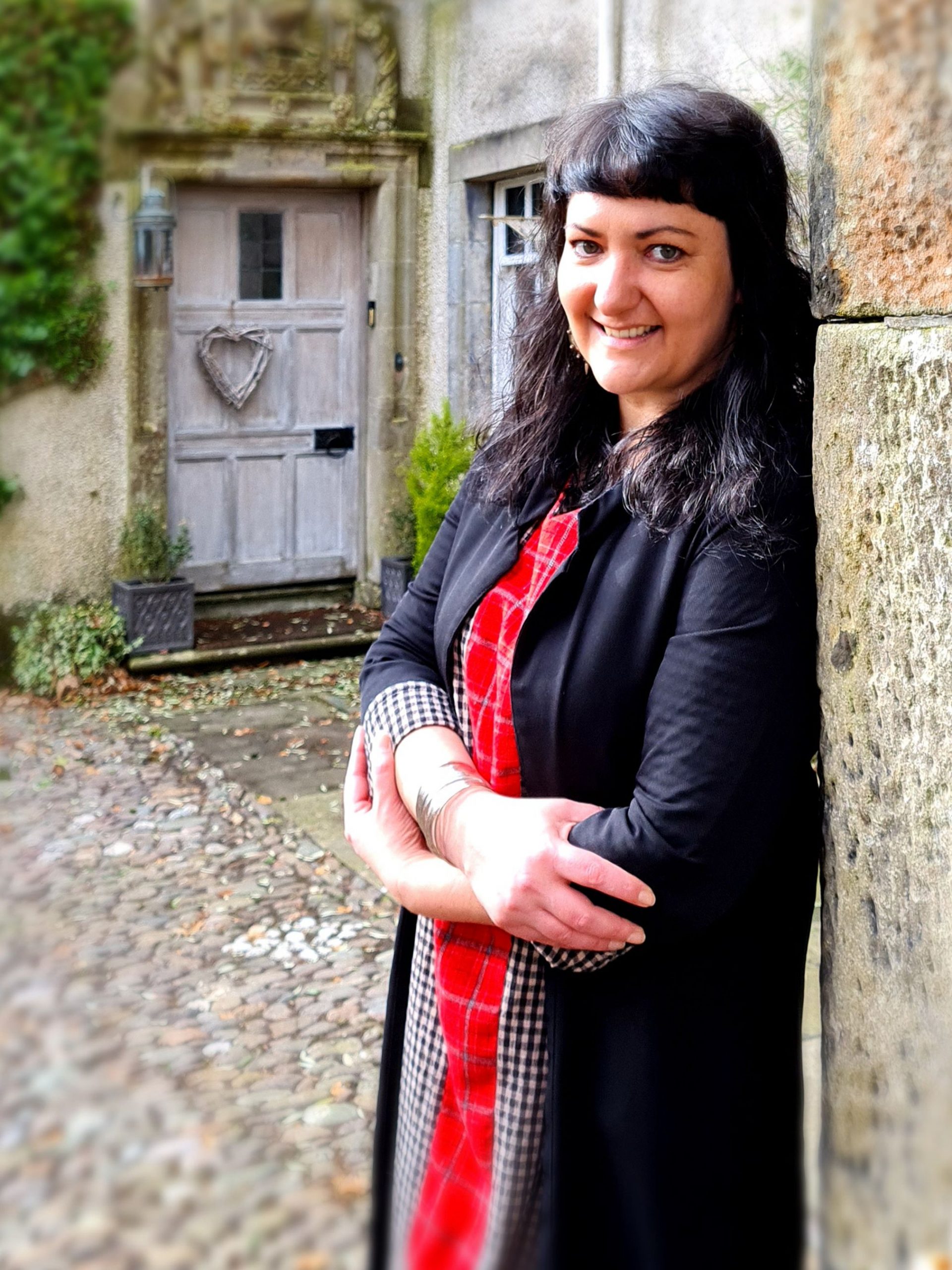 lopers suddenly had time to lift their heads and start to see how they could do things differently,” she says.

“They started to ask themselves how they could be more effective, and the results have been dramatic.”

One immediate problem that Property Studios solved for estate agents and solicitors selling properties was the issue of Home Reports running out for clients while viewers were unable to visit.

“Getting a house onto the market can be expensive and Home Reports only last for three months before they have to be renewed, so we came up with the idea of virtual viewings.

“This isn’t the same as standard property videos that show every room at their best, instead this is a walk-through that goes into every nook and cupboard and gives viewers the experience of actually being there themselves by keeping the sound on too.

“We live-stream the footage and an agent will answer viewers’ questions.”

This proved to be hugely effective in selling houses during those phases of Lockdown when viewings were off-limits and one unexpected bonus is that it has widened dramatically the pool of possible buyers.

“We’ve had buyers conclude house purchases from South Africa without actually having visited the property because we are able to show them every detail of a house, right down to the street outside the front door.”

Another innovation has been the use of Matterport, a system from California that creates a 3D image of home interiors.

“We place the camera in the centre of the room and, as it rotates, it takes thousands of images which are then stitched together to create a complete 3D replica of the property.”

Viewers can either watch this on a normal screen or on 3D goggles for an immersive experience.

Techniques such as these don’t just help reach a wider audience, but they also proved useful in finding tho 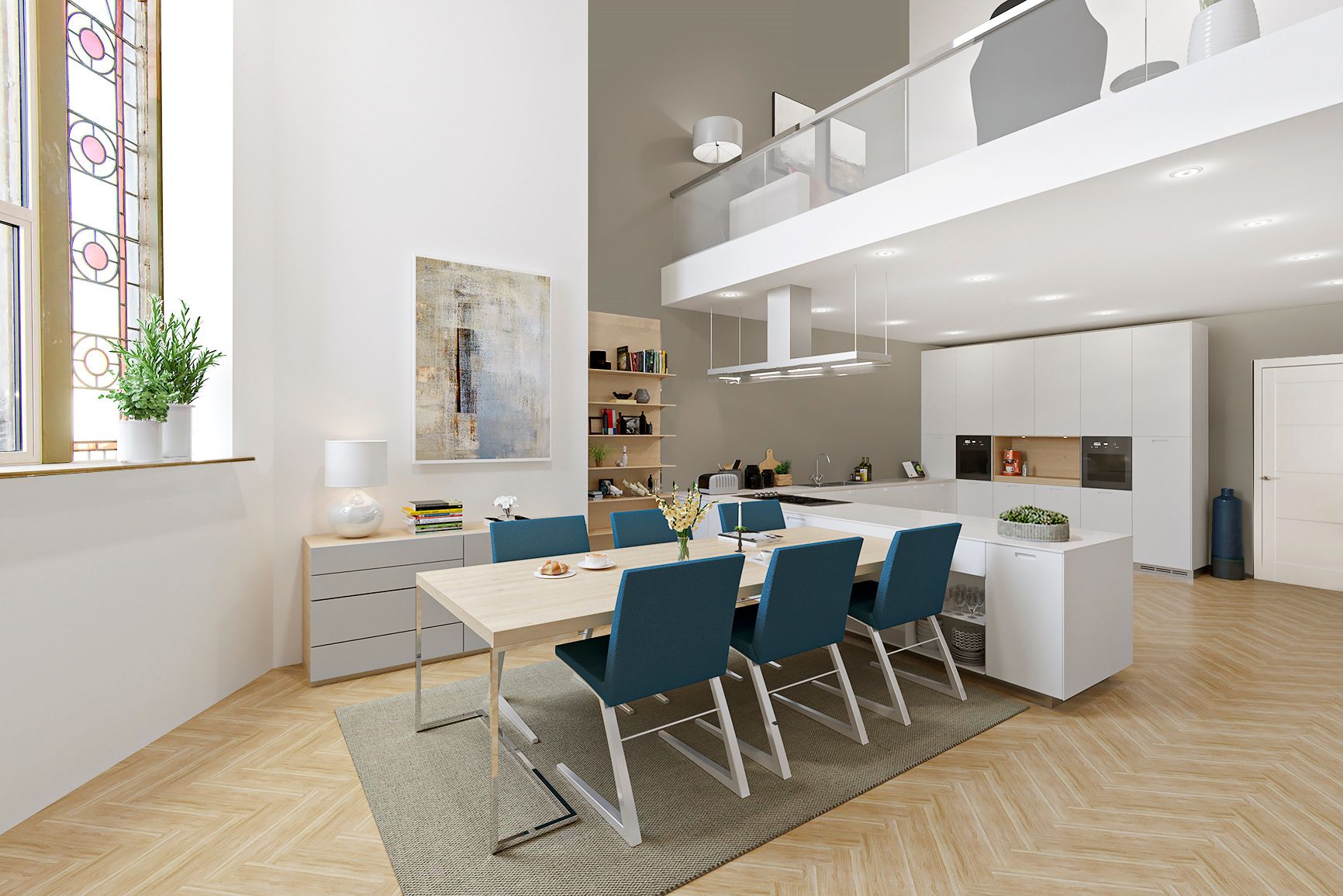 “If someone has been able to watch a live stream virtual viewing or 3D model of the property, then by choosing to move on to an actual viewing they are signalling that they are serious about making a purchase.”

But it isn’t just the property industry that has recognised the effectiveness of 3D techniques, Dovecot Studios in Edinburgh called upon Property Studios to create a virtual impression of its current exhibition when it had to close its doors.

Wedding venue, Newhall Estate in Carlops also asked Property Studios to create a virtual tour and interactive floor plan that has resulted in bookings being confirmed for two years in advance, including several from overseas.

“They have suddenly realised that there is a whole international market out there that they had never even known existed.”

The technology behind such tools is not new, says Michelle, but it has taken the pandemic to encourage businesses to exploit its potential.

Recently they produced CGI images blended with actual photography of a church conversion that stalled due to the Pandemic.

“Because viewers were able to visualise exactly what the result would look like, they were willing to purchase, even when the building was just a shell. We turned the fact that it wasn’t completed into an advantage so buyers could specify their own choice kitchens and bathrooms”

Other techniques have involved creating microsites which can be used to target a specific audience.

“In the past developers may have spent a lot of money decorating and furnishing a show home on a development, but it would have been prohibitively expensive to do the same for one model of every house type on offer.

“Now though we can create ‘virtual’ show homes and tweak them for different audiences, such as first-time buyers, families, single people or high-end customers.”

Technologies such as these are revolutionising the way in which homes are marketed and may signal an end to more traditional methods.

Michelle says: “With the exception for a very few, high-end properties, the days of the printed brochure are limited. We can get so much more information, technology and videos embedded into a microsite. They are responsive to your device, and it allows us to track user activity, gaining essential insight into consumer behaviour.”

The entries for this year’s Herald Property Awards for Scotland powered by Property Studios and now in and over the coming weeks the judges will be hitting the road, travelling around Scotland to visit every single property that has been submitted for the Awards.

For Chair of the judging panel, Andrew McFarlane, that will involve boarding the CalMac ferry from Oban to Mull, as well as heading further north on the mainland in order to see other entries.

“The judges can travel extensive distances in order to carry out site visits, but it is vitally important to see for ourselves the properties that have been built,” he says.

This year though there are contingency plans in place for virtual viewings, should these be necessary, and other viewings will be carried out under Covid-safe conditions.

The property industry has had to cope with many challenges over the last 18 months, including labour and materials shortages that have slowed down many builds, but Andrew believes that it will be in future years that the impact of the Covid crisis will become evident on what is being built.

“People’s needs have changed and what they want from a home has change with these, so it will be interesting to see what design changes emerge as a result of this pandemic.”

For the moment though, Andrew and his fellow judges will be looking for high quality homes that have been built to an exceptional standard and which meet the very rigorous criteria that make them worthy of a Herald Property Award for Scotland.