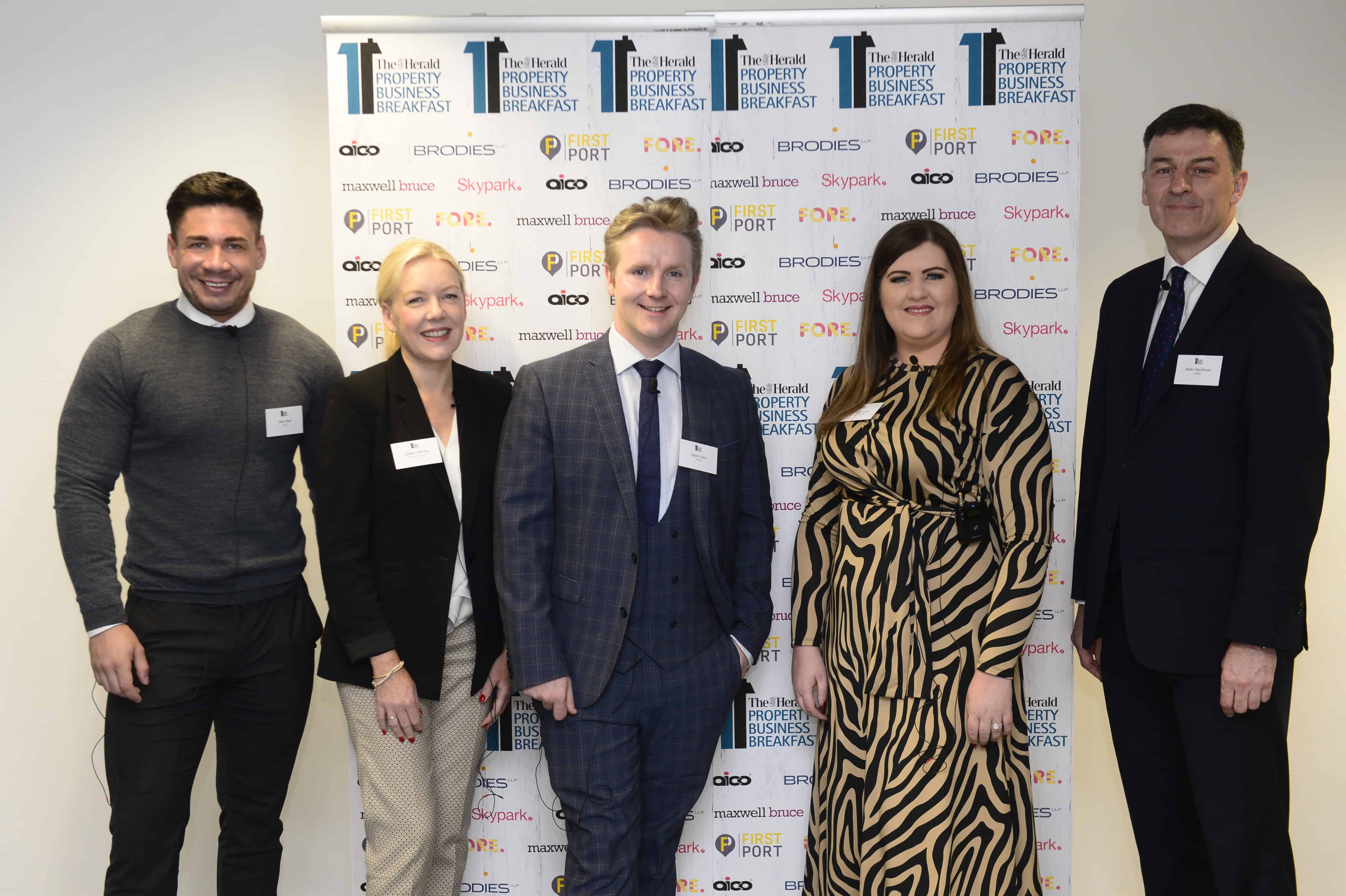 ISSUES with connectivity and an ongoing skills shortage are key areas that need to be addressed in order for the Scottish real estate sector to realise its full potential.

An event held by The Herald in association with Aico, Brodies, First Port, Fore, Maxwell Bruce and Skypark, heard that while real estate contributes £4.8 billion to the Scottish economy and is directly or indirectly linked to 92,000 jobs, the sector faces a number of challenges that could hamper its further development.

Noting that 65 per cent of job vacancies in the construction sector went unfilled last year because of a lack of suitably skilled staff, Lisa Mulholland of specialist recruitment agency Maxwell Bruce called for better collaboration between the public and private sectors to ensure a strong pipeline of staff.
“Less than 30% of people going through apprenticeship schemes get a full-time job at the end of it and from a business perspective there needs to be more commitment to that,” she said.

“To help with the skills shortage [businesses] could guarantee jobs after – if the Government pays for the training then they’ll guarantee the jobs.”
For CBRE managing director Miller Mathieson, who delivered the keynote address at the Business Property Breakfast, the skills shortage is linked to the development of the residential property sector, with the ability to attract talent being reliant on the kind of accommodation cities can offer while a growing workforce will in turn influence the need to invest in housing that is “in the right place and offers the right tenure”.

“If you look at the success of Glasgow, the ability to attract someone like Barclays to invest here has been people driven,” he said.

“The challenge [as Barclays scales up its operations] will be where are all the people going to come from? Glasgow has to have the ability to attract those people in.” Mr Mathieson added that while much of the focus of recent City Region Deals has been on Scotland’s cities rather than the regions surrounding them, finding ways to better connect the people living in the regions to the jobs created in the cities will also be key to driving development.

“The focus has been around the strength of our core locations but trying to improve the connectivity of those locations to other places is critical,” he said.
Stuart Scott of Fore noted that that would go beyond physical connectivity, with greater investment in 5G and broadband required to continue to encourage companies to invest in Scottish cities.

For Stephen Ellis of Hermes Investment Management, which manages the Skypark development in Glasgow, the property event “highlighted that while economic challenges lie ahead there is much to remain positive about”.

For Johane Murray, head of real estate at Brodies, while one of the key themes of the event was the impact Brexit might have on the commercial property sector in Scotland, in reality it is more likely to be “as much an opportunity as it is a challenge”.

“The decline of high street retail and emergence of e-commerce, the digitisation of the economy and the implications of an ageing population will have a far bigger bearing on the mid-term real estate market than either Brexit or further referenda,” she said.

Tony Boyle of Aico, meanwhile, said businesses operating in the residential sector were placing a greater emphasis on fire safety in the wake of tragedies like Grenfell, with calls being made for a harmonisation of rules between the private and public sectors.