We wanted to say thank you to those who cared, supported and worked in our communities throughout the national lockdown.

We invited you to tell us about the loyal health, care and key workers who went the extra mile during the pandemic.

The event shared their stories and created a permanent record of their outstanding and selfless achievements.

Join us in saying “Thank You” to them. 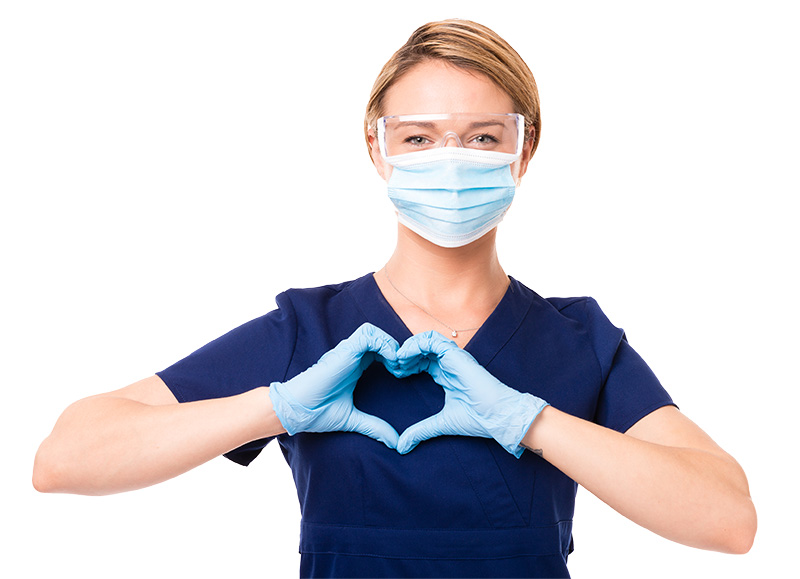 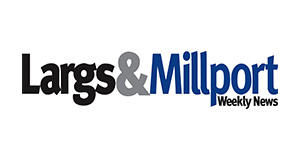 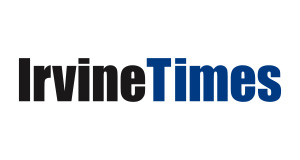 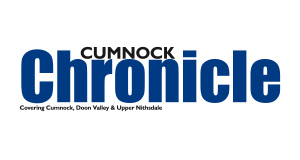 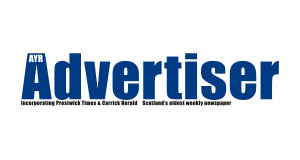 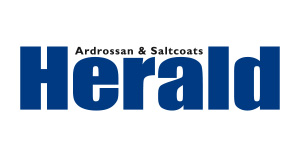 Ayrshire Weekly Press would like to thank our 2021 sponsors for their support. 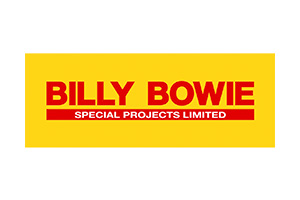 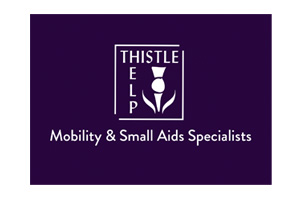 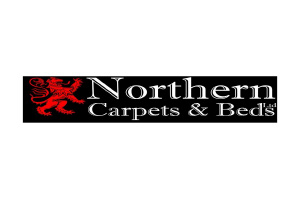 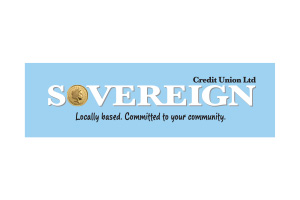 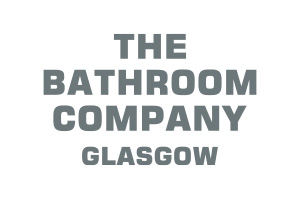 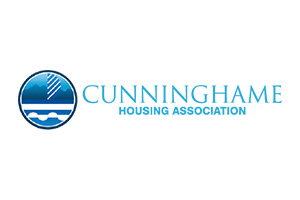 The Ayrshire Health & Key Worker Awards 2021 recognised the incredible health, care and key workers both at individual and team level, who are at the heart of our local community.

There were 10 categories to choose from to get your health heroes the recognition they deserve for their achievements.

This award is about teams working together to deliver improved patient care. They can be from any sector but must demonstrate impact, very strong team working, strong communication and the ability to work across organisational boundaries.

Care Home Worker of the Year Award – sponsored by Arti-Farti

This award recognises the contribution of an individual care home worker who strives to improve the delivery of care in the care home sector, through developing ways to enhance nursing care. This person must demonstrate outstanding levels of commitment to care and put the person being cared for at the heart of what they do.

Nurse of the Year Award – sponsored by Inspired Vision

We are looking for a health care professional who demonstrates an innovative and caring approach to their work. This person must demonstrate outstanding levels of commitment to patient care and put the patient at the heart of what they do. Entrants can be from any health care profession and can work anywhere from community care to dental practices to surgical theatre.

This award is open to a department or individual carer/nurse/doctor who specialises in the care and treatment of mental health in Ayrshire. Good mental health is now recognised as a vital component to good overall health and we would like to hear how the care and support in this sector has improved the lives of the individual and their families.

We want to hear from anyone under the age of 18 who looks after someone in their family who has a disability, illness, mental health condition or addiction. This young person may have made a huge contribution to family or community life. Examples may be helping around the house, looking after siblings or taking on extra responsibility for someone else in their family or neighbourhood.

This award recognises the dedicated drivers and essential retail workers who ensured vital supplies reached those in need, whether it was medication, the weekly shop or a well-deserved meal throughout the pandemic.

We are looking to celebrate drivers and retail workers from businesses and organisations across Ayrshire who have gone the extra mile to help keep the country moving under exceptional circumstances.

Key Worker of the Year Award – sponsored by GasSure

Where would we be without the key workers who were at the frontline, ensuring our needs were met during the pandemic? This award is open to key workers across the area who worked throughout lockdown to keep Ayrshire moving.

Whether it’s someone who kept hospital hygiene up to scratch, your postie who delivered come rain or shine or the nursery nurse who took care of your little ones, you can nominate them to be recognised for the fantastic job they did.

Did one particular charity stand out from the others during the pandemic? This award recognises the fantastic work done by charities of all sizes, despite the restrictions imposed by the pandemic. Open to all registered charities in the area, we welcome you to nominate the one you feel did most to help and support local communities.

Our judging panel will select one winner from all of the nominations who, in their opinion, has made an outstanding contribution to lockdown life. They will recognise one of the tremendous teams or inspiring individuals who have kept Ayrshire going throughout the pandemic with this very special award.

This award will honour an individual or group voluntary effort. It could be your neighbour who offered to get your shopping during lockdown, a group of volunteers helping out at a food bank or someone who volunteered to step in to support you with household tasks when required. If someone has given up their time to help during the pandemic, then nominate them today. 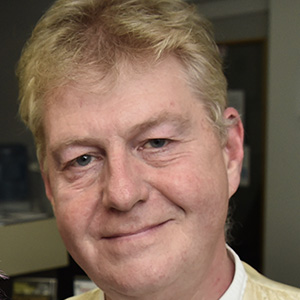 Neil Smith is currently content manager with Ayrshire Weekly Press after many years in journalism as reporter, chief reporter, editor and sub editor.

Originally from Dumfries, he began his career as junior reporter for the Cumnock Chronicle and has worked across many Ayrshire titles, followed by a near 20 year spell as sub editor with the Daily Record.
Now based in Ayrshire again, he works with the Ardrossan and Saltcoats Herald, Irvine Times, Ayr Advertiser and Cumnock Chronicle.

Outside of work, his interests include writing, drama and music. He is a founding director of Poetic Justice Productions, a community interest company. With them, his current projects include writing plays based on Ayrshire’s culture, history and communities and is planning a festival to celebrate the work of Edgar Allan Poe in Irvine where the famed author and poet lived as a child.

Val Russell is Chief Executive Ayrshire Chamber, having joined in 1999 after a varied career, heading up a team of twenty based at Glasgow Prestwick Airport.

Ayrshire is a national award-winning Chamber with almost 800 members of all sizes and sectors and is largest non-city Chamber in Scotland and one of only seven British Chambers accredited in Scotland. Val is also a Director of Scottish Chambers of Commerce.

Val’s role involves working in partnership with both public, private sector and social enterprise organisations to enable the Ayrshire economy.

Val truly believes in Ayrshire doing business with Ayrshire which led to the launch of a new Ayrshire Connect platform promoting all that is great about Ayrshire.

In 2018 she received a Women of Inspiration Award from the Association of Scottish Business Women. 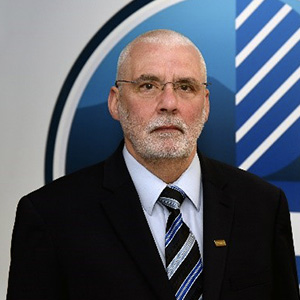 A Master of Business Administration, a Fellow of the Chartered Institute of Housing and an affiliate of the Institute of Risk Management, Frank has been Director and then Group Chief Executive of Cunninghame Housing Association since 1990.

Prior to that he held several senior positions within the Housing Association sector. 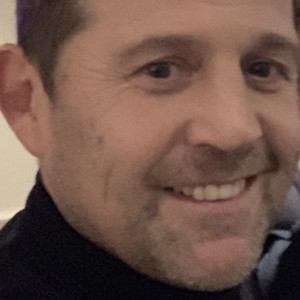 Jim Montgomerie is currently a Councillor for Saltcoats.

An ex pro boxer, he is the founder and Chairman of The IMC Project in Saltcoats. The project’s key focus is on getting youngsters off the streets to focus on positive outcomes through the art of boxing training.

Extremely active within the community, during lockdown they delivered thousands of food provisions all over North Ayrshire.

Jim has ran ultra marathons on all the Continents including the North and South Poles, Everest and the length of the UK.

The ceremony showcased our finalists and winners and included entertainment for everyone to enjoy.

Entertainment for our gala evening was provided by Ciaran Sinclair ® The Ayrshire Piper. 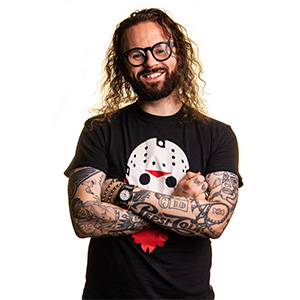 Our amazing host for the Ayrshire Health and Key Workers Awards is award-winning comedian and presenter Billy Kirkwood, one of Scotland’s most sought after comedy exports.

Billy performs across the UK in one man shows, packed comedy clubs and theatres with his high energy, loveable stand up act, bringing laughs to people from all walks of life.

NURSE OF THE YEAR – SPONSORED BY INSPIRED VISION BATHROOMS AND WETROOMS

KEY WORKER OF THE YEAR – SPONSORED BY GASSURE

Anyone can submit a nomination, but nominees must be based in Ayrshire.

By putting forward an individual, group or business for an award, you are helping Ayrshire Weekly Press to recognise the unsung health, care and key worker heroes who have risen to the challenge of the past year, overcoming adversity, showing tremendous strength, courage, compassion and tenacity in communities across Ayrshire. Those who have been shortlisted or won similar community awards in the past have found it be a very special honour.

You can submit as many nominations as you like across the ten different categories. The categories and the criteria for each can be found in the ‘Categories’ section above.

The entry deadline is Sunday, June 6 at midnight.

It is free to enter the awards.

Once you have submitted an entry, we will add your nomination to the judging pack for consideration. Once the judging has taken place, we will contact you to let you know if your entry has been shortlisted.

All the entries we receive will be considered by our judging panel at the judging session in June. Please note that the shortlist and winners are decided solely by our panel and do not come down to a public vote or number of nominations received.

The shortlist will be listed in the Ayrshire Weekly Press portfolio (Ayr Advertiser Series, Ardrossan & Saltcoats Herald, Cumnock Chronicle, Irvine Times and Largs & Millport Weekly News) and on their websites in June.

The winners will be announced at our virtual awards ceremony which will be live streamed via the Facebook Pages of the Ayrshire Weekly Press portfolio. Attendance to the event will be unlimited and allow access not just for sponsors of the individual awards and nominated individuals, but also their family and friends. More information on the event can be found in the ‘The Awards Ceremony’ section below.

We are happy to answer any additional questions you may have regarding the entry process or event. Please contact Jolene Mcghee, Sales Manager, Ayrshire Weekly Press on 01475 558915 or email ayrshireawards.info@newsquest.co.uk

12th July 2021
THE worst of times brought out the very best in Ayrshire. The first Ayrshire Weekly Press Health and Key Worker awards were held last week, with some…
Read More

Time to recognise our local heroes

18th May 2021
Ayrshire Weekly Press is today launching an exciting new event to reward and recognise our amazing health care and key worker heroes. As we approach the end…
Read More

If you have any questions or need more information on the awards, please contact Jolene Mcghee, Sales Manager, Ayrshire Weekly Press on 01475 558915 or email ayrshireawards.info@newsquest.co.uk 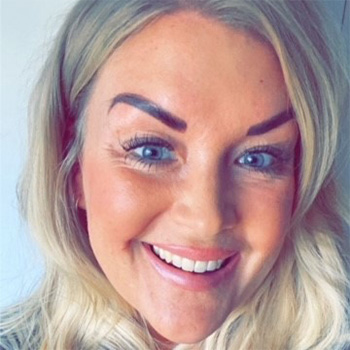